Synopsis The Cat in the Hat - Dr. Seuss 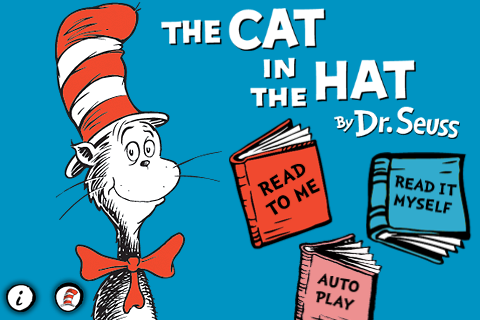 The whimsical cat in the tall red & white striped hat and red bow-tie, arrives at the doorstep of two children, a boy (who is the narrator of the story) and his sister Sally. Later we are introduced to a fish, two odd critters called 'thing one' and 'thing two' and an assortment of items in the house that become playthings for the cat (like the hoe used to twirl the platter of birthday cake). The cat proceeds to take charge of an otherwise boring rainy day by wrecking havoc in the family home while their mother is out. The worry-wort fish repeatedly warns of grave danger if the shenanigans don't stop, but the kids seem powerless to stop the mayhem which shows in their faces, upturned in looks of perpetual surprise. Eventually the boy asserts himself and orders everyone to help clean up. Order is gradually restored to the house before mother arrives home. 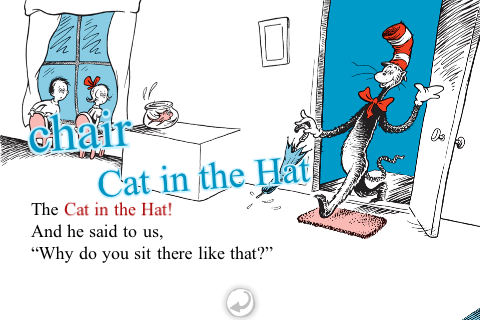