Synopsis There's a Wocket in My Pocket! - Dr. Seuss 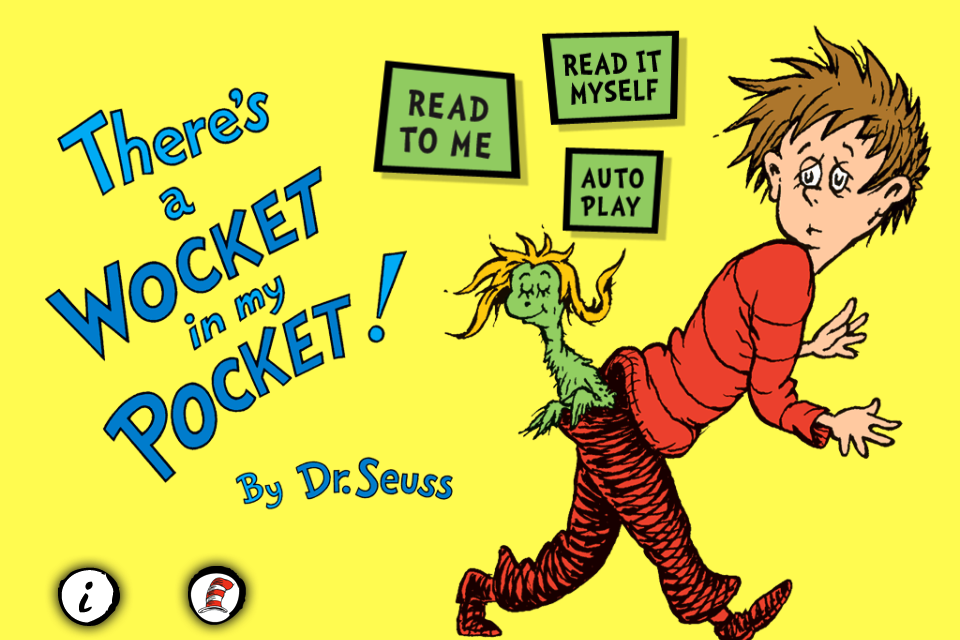 Mr. Brown Can Moo! Can You? is a 1974 children's book by Dr. Seuss. Told in rhyme with many imaginary creatures. 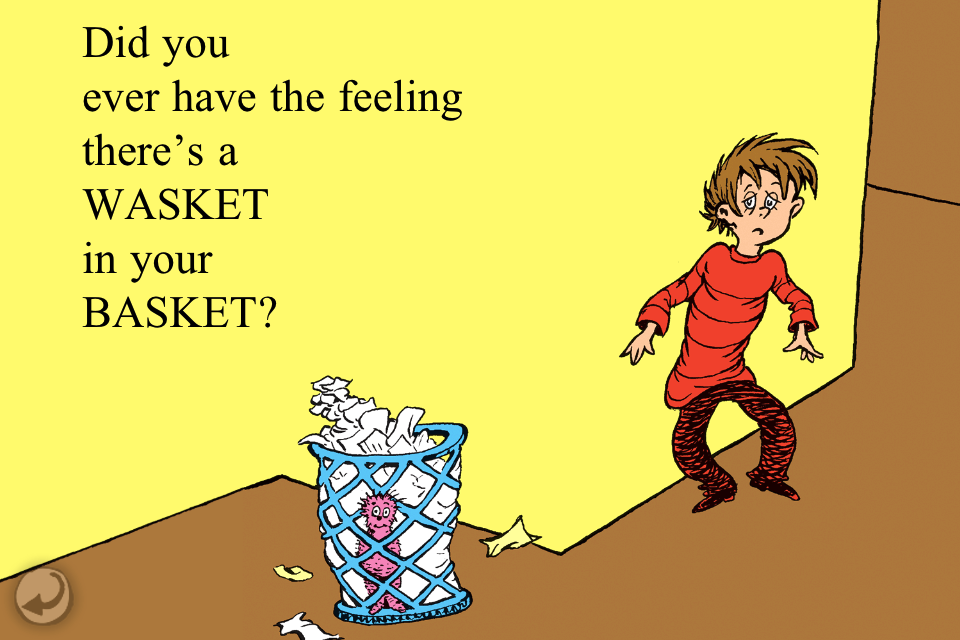 "A boy lives in a house where it's commonplace to find a ZOWER enjoying a nice hot shower or a ZELF napping on a pantry shelf. With some exceptions (such as the NOOTH GRUSH on his toothbrush), the boy likes his housemates. This is a terrific read-aloud or primer, illustrated in glowing orange, yellow, magenta, and purple." [Summary from CommonSenseMedia.org] 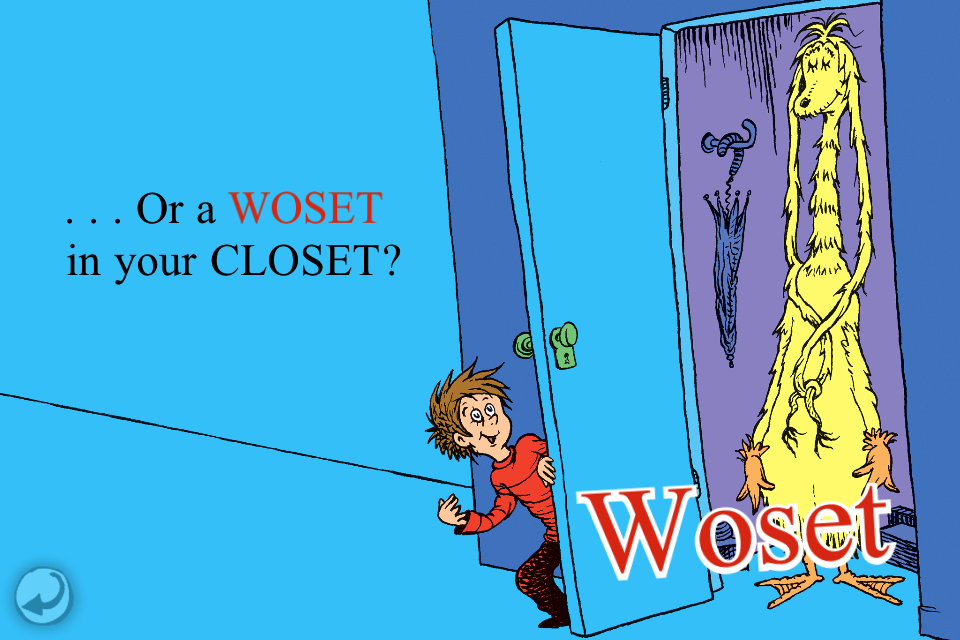 Many of the Seuss titles that are aimed specifically at children learning to read were developed in an interesting way. Apparently, a list was compiled of 348 words that were important for first-graders to recognize, then cut to 250 words and the task was to write a book using only those words. They wanted Seuss to "bring back a book children can't put down." Nine months later, using 236 of the words given to him, he completed The Cat in the Hat. [Source:  Wikipedia] 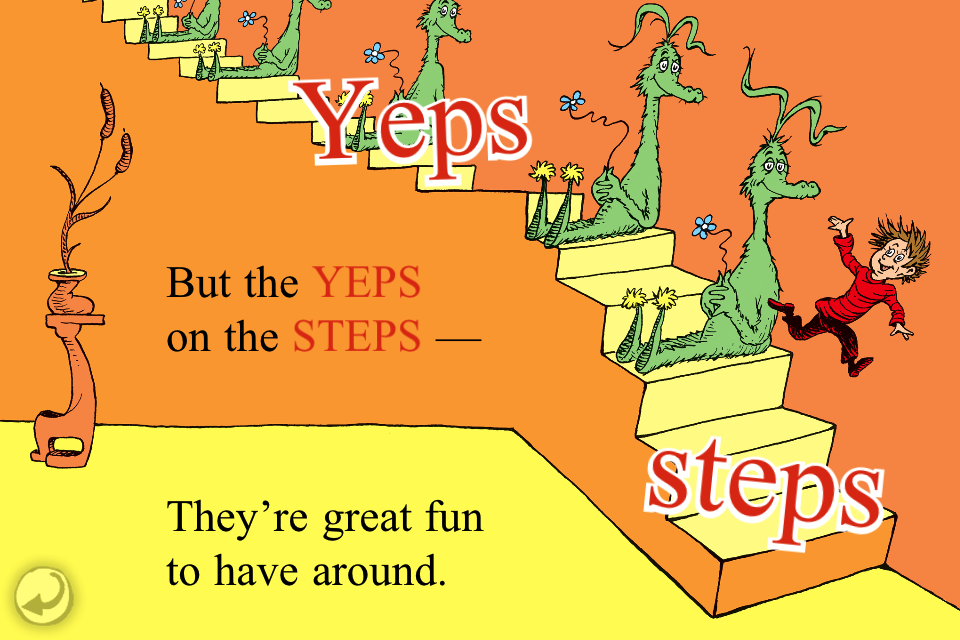